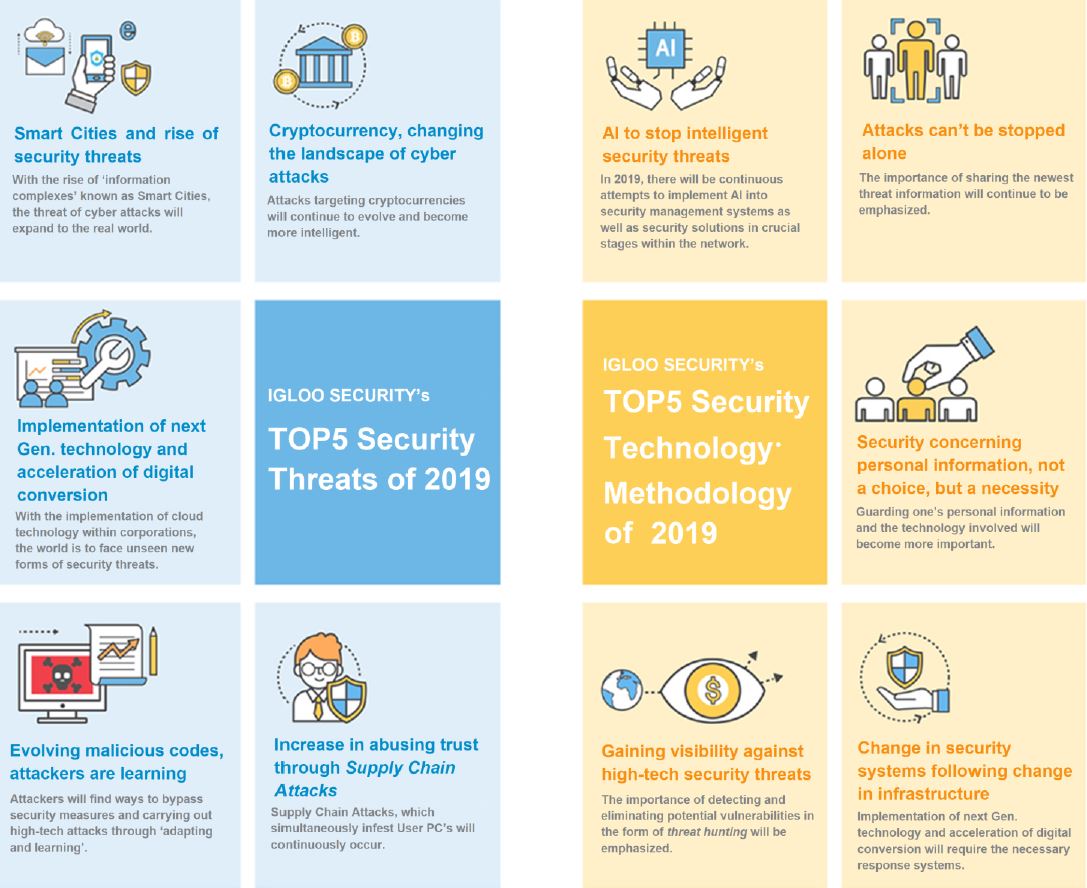 - It will require accurate security threat analysis, a security architecture focused on swift incident response and security methodology.
[5th Dec. 2018] IGLOO SECURITY Inc. leader in the field of total security management of the next generation, released its prediction of next years security prospect through its ‘2019 Security Threat Technology Prospect Report.’ This year marks the 7th year of releasing this report and IGLOO SECURITY Analytics team predicts the dangers of major cyber threats and how to respond to these attacks.
IGLOO SECURITY’s Security Analytics Team predicts that next gen. technology and changes in the IT infrastructure will allow cyber attacks to become more cunning and will start to influence individuals and society more than ever before through means such as: circumventing new security technologies through hostile learning, intruding smart city vulnerabilities which are exposed due to the immense amount of users, devices and intricately connected network. While on the other side, those who work in the security management industry, are set to counter these movements through active, accurate analysis on security threats, swift security incident response.​
list